Home » Ongoing Threats in the Context of a City. Dwight Wilson

Ongoing Threats in the Context of a City. Dwight Wilson

This year, 2020, has seen significant threats develop in all major cities across the United States and even throughout the world. Currently the city in which I live, Dallas-Fort Worth with a population of over 7 million is struggling economically due to the COVID 19 pandemic as well as socially with protests racial inequality and police brutality. Crime rates have risen along with unemployment. Long lines form daily at local food pantries giving food to those in need. Social unrest and tension between those of different races, and between the wealthy and working poor. Metropolitan cities have always struggled with issues of crime at both the street level and organized, in the early 2000’s we saw the rise in terrorism and mass shootings. One threat that is seldom talked about has invaded everyday life and has the power to destroy careers, corporations, cities, and even nations. Technology has changed our culture, the way we communicate, gather information and share ideas. It can also fuel hatred, division among people and put lives at risk through misinformation and disinformation campaigns on social media.

I want to make something noticeably clear; I am not an academic, not an educator, or an individual of any importance unless someone is threatening your life, the lives of your loved ones, your property or business. My knowledge comes from experience, training, and hard knocks. As a security professional I have no political agenda, nor do I view things in terms of right or wrong, good, or bad. I simply try to observe, evaluate and problem solve as situations arise so I can accomplish the job.

The security industry is constantly changing to deal with threats as they change and evolve. I saw a major shift in threats in August of 2014 when Michael Brown was killed in Ferguson Missouri by a local police officer. Protests and riots spread quickly across the United States organized online through social media. This incident was the spark that ignited the Black Lives Matter movement and the Slogan “Hands up. Don’t shoot.” The media reported that Michael Brown an 18-year-old teen was shot and killed while unarmed and holding his hands up. The officer was arrested and put on trial. During the trial supporting evidence and eyewitnesses confirmed the officer’s account of what happened that day. The officer was released from custody. Ferguson Missouri was burned, looted, and destroyed causing millions of dollars in damage. What role did false claims in the media and online play in the widespread rioting and destruction?

Foreign influence in social media caused the then Governor of Texas to activate the Texas State Guard to watch over the military training exercise dubbed Operation Jade Helm in 2015. Rumors fueled conspiracy theorists of martial art law being declared by then President Obama. The training exercise was the largest that has taken place within the borders of the United States. For many of that have served in the military knew the rumors were just that, disinformation. I had participated in two such training exercises in the 1980’s called Reforger or Return of Forces to Germany. So in 2016 when Donald Trump was elected President it made sense when Russia was accused of influencing the election. Whether there was outside interference in the election or not, influencing social media followers can be easily accomplished. Many people had become so addicted to social media they believed the memes that would go viral. Social media and cyberspace had become the new battleground not only for governments, but corporations and individuals. This gave rise to the Social Justice Warrior.

In March of 2020, COVID 19 came to Texas and the United States. Reports through media and information sources spread like wildfire with daily briefing of what to do, what not to do and death totals as the number of confirmed cases around the world increased. The immediate reaction and response to this new global threat created a widespread panic. Government facilities and private businesses were shut down and people were encouraged to “Stay safe. Stay at home”. Millions of people were unemployed, and a strong economy crashed. News coming from social media and mainstream media has become difficult to sort through and evaluate reliable information from deceptive information and for some reason toilet paper has become scarcer than commonsense. Local, state, and federal officials all seemed to struggle with getting a solid message out to citizens.

Then a video of a police officer kneeling on George Floyds neck went viral in May (2020) which led to immediate national protest. Black Lives Matter was again at the center of the movement. However, another group that had spun up over the past few years called Antifa that had been protesting the conservative political movement joined the protest which turned violent attacking businesses, looting, burning buildings and tearing down monuments. Their ability to use and organize through social media was on a scale I had not seen before. Civil unrest and the mob mentality put the average citizen at risk with police officers struggling to regain control in some areas. Millions of dollars’ worth of property damage was the result as well as loss of life. As a security professional my role is not to judge or have an opinion but to recognize potential threats and to prevent them before they happen. Out of these protests social justice warriors (SJWs) and leaders within BLM (Black Lives matter), Antifa (Anti Fascist) and other groups have called for the defunding of police departments, and even the removal of offensive and oppressive statues.

One case in Weatherford, Texas a protest group wanted a statue removed that was placed there to honor Confederate soldiers that fought during the Civil War. The day that protesters, most from out of town, arrived to demand the removal of the statue a group of counter protesters, primarily local people, showed up, many of them armed to defend the statue. The statue remained untouched. A few days’ later rumors were spread through social media that the group would come back again to tear down the statue. The counter protesters showed up in force, 200 to 300 hundred individuals to protect the statue and no protesters showed. Two different viewpoints, one side wanting to preserve the history by protecting the statue the other wanting to remove what they considered a symbol of hate and oppression.

The effects of social media and social justice movements are different for everyone. I remember working as a new uniformed security officer in a notorious area of the city in an apartment complex housing several gang members. As security officers we patrolled the area on foot, both officers armed with pistols, baton, pepper spray and handcuffs. After dark one officer would carry a shotgun. How would this experience shape your life and your reaction to law enforcement? In contrast I worked in a contract in a wealthy gated community where crime, especially violent crime is rare. How does social media shape their lives? The kids in the projects used cell phones to track our movements and alert the drug dealers and pimps. Now social media has replaced beepers and email. As technology develops and innovates so does the criminal element and so does the threats, we all face. Information technology connects us all. How do we use it? How do we regulate it, or do we?

This new threat presents new and interesting problems. Federal, state, and local governments are tested on allowing free speech protected under the First Amendment to the Constitution in the United States as well the freedom to assemble and air grievances against the government. Calls on social media to defund police departments have taken hold in many major cities. The city counsel of Austin Texas has voted to defund the police department by 1/3 of its budget. How will this affect the local population? In the private security industry we are seeing an increase for services including private intelligence companies. How will our use of technology affect our future?

To be fair, I enjoy social media. It has introduced me to new people, new cultures, and information that otherwise I would have never been exposed too. It allows people a platform of expression which I feel is an incredible thing. It instantly connects me with people all around the world, which is a powerful thing. However in the absence of credible and verifiable sources social media’s disinformation becomes the default truth for many people. I have no answers. I just solve problems that are directly in front of me. I observe and report. I protect and secure that’s my job. One thing that is certain threats to our cities, our people, our way of life will always be there. They will evolve, so we must change and adapt to deal with them as they come our way. 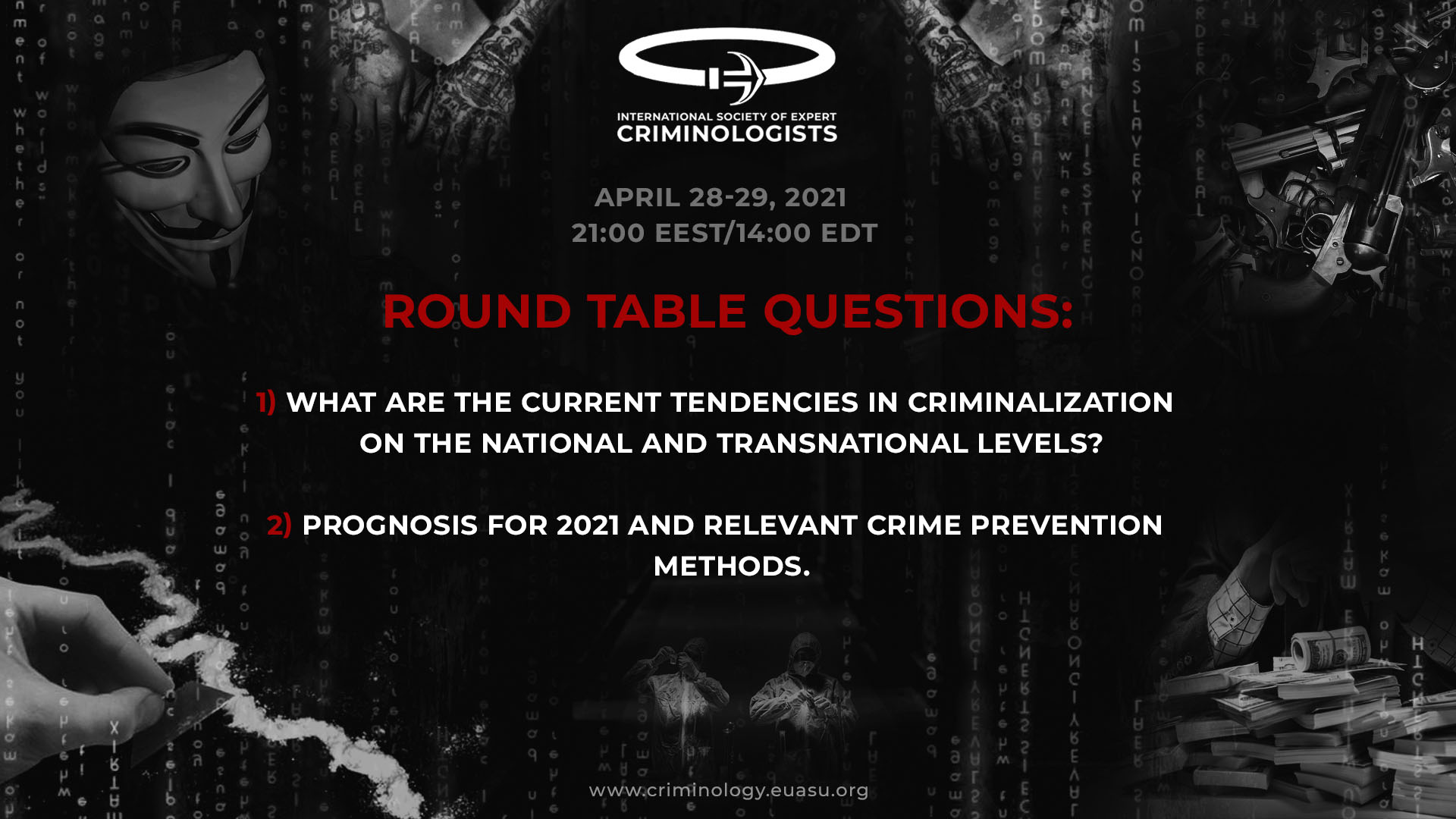 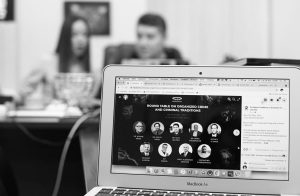